NLP PRESUPPOSITION #5: People respond more to their experience than reality.

We already talked a bit about this one in the previous presuppositions. Kain Ramsay describes it as the following:

Our experiences inform the assumptions and conclusions we arrive at in life. A teacher who tells a child they aren’t clever enough at mathematics or history may arrive at the assumption that they are unintelligent. This belief subsequently follows the child into adulthood, and they stop learning or engaging in their fields of interest because they believe themselves too unintelligent to venture into the unknown.

Once I was reading a study on how if a kid would lose an arm or leg while in his childhood, after some time, his levels of happiness could reach back to the level from before losing the arm as he would still be able to have fun with the other kids, while if the kid suffers bullying, this can affect him in a much more severe way psychologically throughout the rest of his life. This is a good example on how we responde to experiences and most of it, happens in our minds.

Check other posts on this serie:

17 Presuppositions of NLP – By Kain Ramsay

NLP PRESUPPOSITION #1: Everyone’s paradigm of the world is RIGHT in their eyes.

NLP PRESUPPOSITION #2: The response determines the meaning of a communication.

NLP PRESUPPOSITION #3: The mind and body operate in tandem with each other.

NLP PRESUPPOSITION #4: People respond more to perception than reality itself.

Posted in Self Development 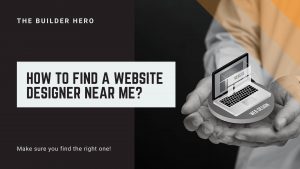 Have you ever wondered: “How can I find a good website designer near me” ? Well, the answer is not that complicated because as soon as you make your search…

Who likes responsabilities? I myself in my younger years used to do everything to avoid them, up to when I realise what I was missing, besides that, avoiding responsabilities can…

This website uses cookies to improve your experience while you navigate through the website. Out of these cookies, the cookies that are categorized as necessary are stored on your browser as they are essential for the working of basic functionalities of the website. We also use third-party cookies that help us analyze and understand how you use this website. These cookies will be stored in your browser only with your consent. You also have the option to opt-out of these cookies. But opting out of some of these cookies may have an effect on your browsing experience.
Necessary Always Enabled
Necessary cookies are absolutely essential for the website to function properly. This category only includes cookies that ensures basic functionalities and security features of the website. These cookies do not store any personal information.
Non-necessary
Any cookies that may not be particularly necessary for the website to function and is used specifically to collect user personal data via analytics, ads, other embedded contents are termed as non-necessary cookies. It is mandatory to procure user consent prior to running these cookies on your website.
SAVE & ACCEPT
×
Scroll To Top